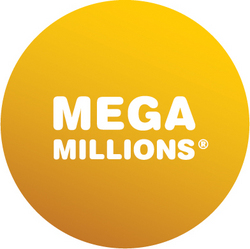 The Colorado Lottery will begin selling Mega Millions tickets May 16th, giving Colorado residents the chance to score big jackpots four nights a week. The Jackpot game, sold in 39 localities nationwide, will join Powerball as the other mega Jackpot game offered by the Lottery.

Were thrilled to give our players the opportunity to win another large jackpot, said Colorado Lottery Acting Director Tom Kitts. We believe Mega Millions will complement our current product line and allow us to raise more money for all of the great projects the Lottery supports.

Mega Millions has a starting jackpot of $ 12 million and other prizes ranging from $ 2 to $ 250,000. To play, consumers choose 5 numbers from 1 to 56 and one Mega Ball number from 1 to 46. Players that match the five numbers and the Mega Ball win the jackpot. Players can also opt to spend an extra $ 1 for a Megaplier option, which will multiply their non-jackpot prizes by 2, 3 or 4 times. The odds of winning the Mega Millions jackpot are 1 in 175.7 million. Overall odds of winning a prize are 1 in 40.

Mega Millions drawings are held on Tuesdays and Fridays at 11 p.m. EST. The drawings will be aired on the Altitude network in Colorado.

The Colorado Lottery began pursuing the idea of selling Mega Millions after the organizations that operate Powerball and Mega Millions formed a partnership allowing cross-selling in October 2009. Both games are now sold by 38 lotteries nationally.

Proceeds from the Colorado Lotterys games Mega Millions, Powerball, Cash 5, Scratch, Lotto and MatchPlay – stay in Colorado to improve the quality of life in the state. The Lottery has returned more than $ 2.2 billion to the state of Colorado since its creation in 1983. Through Great Outdoors Colorado, the Conservation Trust Fund and Colorado State Parks, the Lottery has provided funding for new trails, open space and wildlife protection.